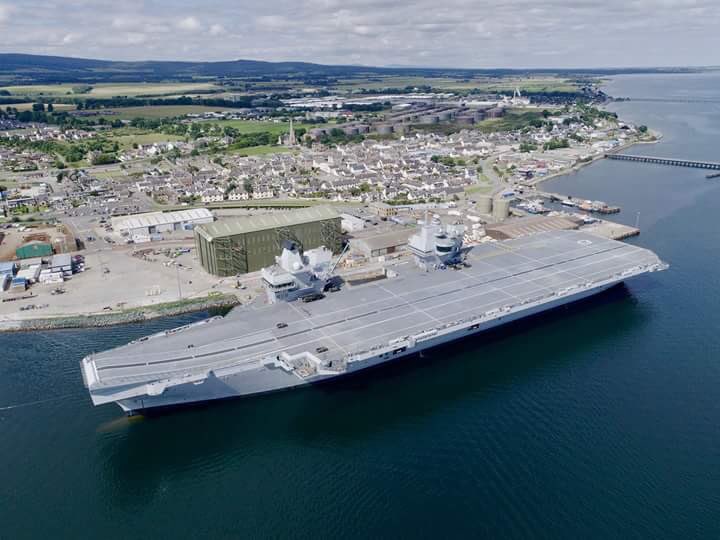 <p>Our new aircraft carrier, the Queen Elizabeth has finally finished construction and has began sea trials in the North Sea.</p>
<p><br></p>
<p>She is due in Portsmouth later on this year where she will be officially handed over to the Royal Navy.</p>
<p><br></p>
<p>Her sister ship, the Prince of Wales, is currently under construction at Rosyth and will start sea trials next year.<br></p>

This site uses cookies. By continuing to browse this site, you are agreeing to our use of cookies. More Details Close