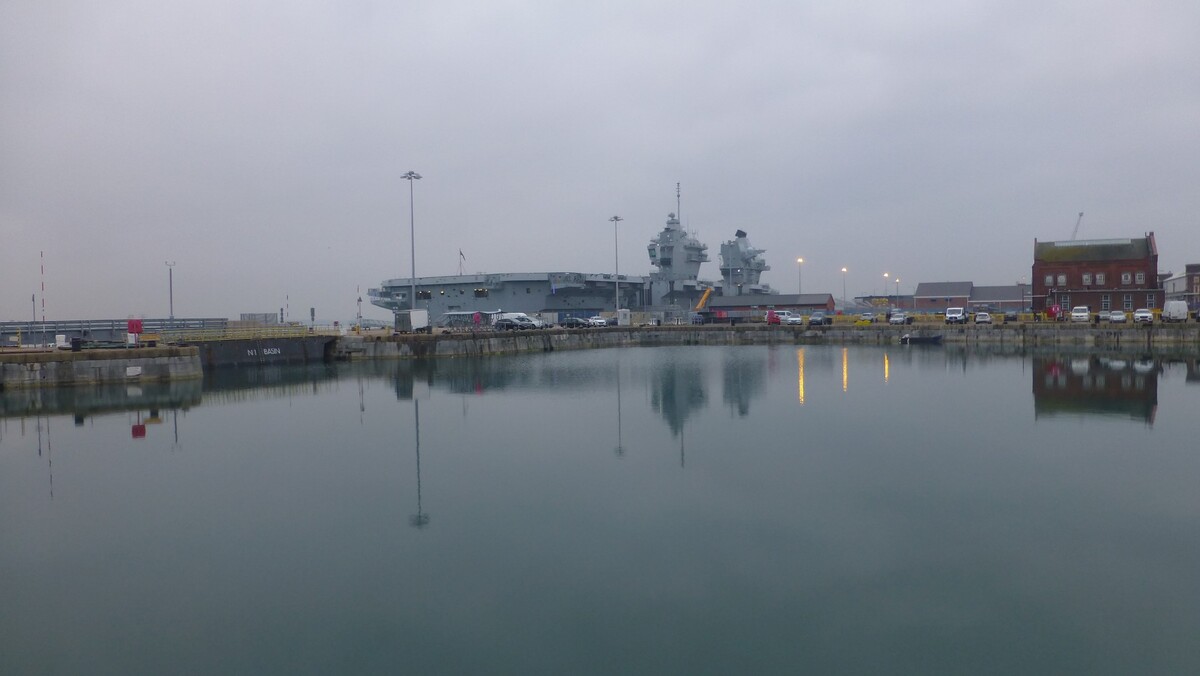 Most of the pictures in this album will be from those taken from the net, but I took a little detour trip to Portsmouth yesterday (18th October 2017) after my day trip to Bournemouth, to see our new aircraft carrier docked in her home port.

It was late afternoon, very overcast, and the aircraft carried is tucked away from view. These pictures are taken from the public Historical Dockyard area of Portsmouth, but they do at least show the carrier in its new home environment.

This first picture is the shot you see of the carrier if you walk right to the end of the public areas of the docks past all the shops and exhibits, the rest of the surrounding area is the naval base which is off limits to the public.

I am surprised no one has bothered to put up a sign saying "over there is the UK's new aircraft carrier. " There was a lot of interest in the carrier from the tourists, who predominately seemed to be foreign. There were Germans, Dutch and Chinese groups while I was there. I answered some questions from them, as they were very interested in it and as said, there was no information about this ship on public display.

Even at quite a distance, this vessel is very impressive to look at.

This site uses cookies. By continuing to browse this site, you are agreeing to our use of cookies. More Details Close